Real estate often make a great investment but investors expect a return on that investment. Seemingly attractive investments can sometimes have problems.

NEW YORK – In the early part of the 20th Century, American humorist Will Rogers was quoted as saying, “Buy land. They ain’t making any more of the stuff.”

Drive down any main street in small-town America and you’ll find dozens of empty storefronts available for lease or for sale. Some of these retail spaces have been vacant for years. They may have held thriving businesses at one time – but then the mall opened on the outskirts of town, or the big box store offered cheaper prices. These main street businesses may have survived the mall or Walmart, but they couldn’t see their way through the Great Recession, the competition of online retailers or the shut-downs of COVID-19.

It may be tempting to think, “Look at that store building. The price is so cheap. Let’s buy it and maybe we can sell it in a few years at a nice profit!” But that store building may have been vacant since 1995. If it couldn’t be sold and used then as a retail establishment, what makes you think you’ll be able to sell it at a profit today?

Tied in with a lack of income is a negative cash flow for a piece of property that’s for sale. If you wouldn’t buy real estate that doesn’t produce income, why would you buy a property that costs more to maintain than what it brings in? Do you know how to spell M-O-N-E-Y- P-I-T?

What if the house that you want to buy and then rent out is as fancy as a mansion of the 1%? If a family could afford the monthly rental payment of such a home, why wouldn’t they just buy it for themselves? You don’t want to purchase a house for a rental property that’s as fancy as George Vanderbilt’s Biltmore House (Yes, I’m being sarcastic). Those who could afford the high rent could also afford to purchase their own home. And there you sit with an empty house. And no income.

Just ask any hard-working middle-class American family – it’s no fun having more money going out than what’s coming in. It’s always a good idea to follow the 28% rule – although some call it the 25% rule and others refer to it as the 30% rule. It simply means that a household shouldn’t spend more than 28% (or 25% or 30%) of its gross monthly income on total household expenses.

Throughout the United States there are defunct housing developments that never quite made it. The developers may have even improved the land by adding sewer, water and electrical utilities. They may have even put in curbs and gutters, as well as street pavement. But there are no houses (maybe one or two if they got lucky). There are no businesses. Chances are these developers went bankrupt.

It seems like the majority of such failed developments are located in states like Arkansas, Arizona and New Mexico, but every state has them. Probably the most egregious example of such a failed endeavor was the I-30 Condo Scandal of Garland, Texas (a suburb of Dallas) in the 1980s. If you drove east out of Dallas on I-30 at that time, you undoubtedly passed acres of half-built condominiums and empty cement slabs. The developer, Danny Faulker, ended up in jail with a 20-year sentence, but only served 4 because he suffered from terminal cancer. This debacle helped precipitate the Savings and Loan crisis of the late 1980s and cost taxpayers close to $1 billion.

Real estate purchased only for appreciation

Astute investors who have a pulse on future trends have sometimes made oodles of money by purchasing undeveloped land with the goal of selling it when prices increased. An example of doing this successfully can be found in the area just east of Lake Sammamish in the Seattle area. In the 1970s and earlier, this area from the lake to the Cascades was rural, with few homes and a handful of small towns.

But once Microsoft moved into Redmond, there was a building boom and that area is now filled with exclusive neighborhoods. In 2019, Sammamish, Washington was considered the richest city in America. Those who owned parcels of this undeveloped land prior to the Sammamish building boom came out like bandits.

But there are just as many – or even more – purchasers of undeveloped land who have lost everything. They purchased raw real estate at the wrong place and at the wrong time. Unless you have experience successfully predicting the future growth and development of an area, this is probably an investment strategy to stay away from.

Timeshare property has been around since 1969. The average cost of a timeshare today is $22,942 with an average annual maintenance fee of around $1,000. There’s also the stressful experience of dealing with pushy salesmen or the difficulty of trying to get out of a timeshare contract.

Is all that worth it for a week in a vacation condo? Why not just vacation at a beach hotel, at the time and location that best fits your schedule and your interests?

The nicest house in a neighborhood

You’re shopping for a house to invest in or to live in yourself. A beautiful five-bedroom two-story goes up for sale in a neighborhood of three-bedroom bungalows. Not only does the house have room for a large family, but there’s also a built-in swimming pool in the backyard! The price seems decent for the square footage of the house, but because of its size, it’s more expensive than other homes for sale in the neighborhood.

Such a purchase may be tempting, but think about it – will this property appreciate in value compared to the other homes in the area? Remember, too, that there are no promises the rest of the neighborhood will improve. When the time comes to sell your beautiful five-bedroom two-story with its built-in swimming pool, will potential buyers want to live in a neighborhood of bungalows?

Investing in real estate can be both economically and personally rewarding. It’s important, however, to be aware of the pitfalls, and to understand that there are several types of real estate that you should probably stay away from. Will Rogers was right when he opined about land – “They ain’t making any more of the stuff.” But keep your eyes open and use your head so your purchase can be beneficial to your economic well-being.

© 2022 Benzinga.com - Benzinga does not provide investment advice. All rights reserved. 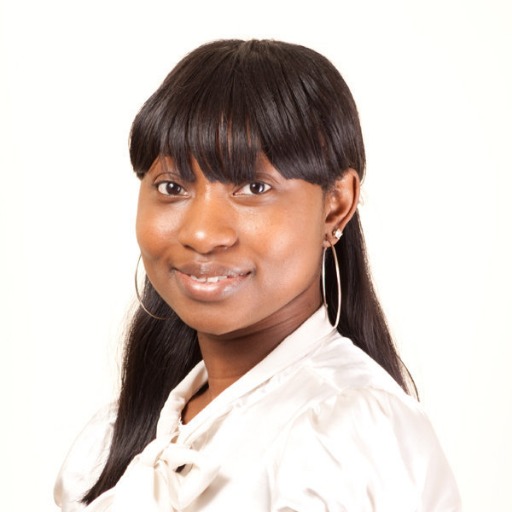 Real estate often make a great investment but investors expect a return on that investment. Seemingly attractive investments can sometimes have problems.NEW YORK – In the early part of the

Calling it a “first-of-its-kind package,” HUD will spend $322M to help the unsheltered homeless, including some living off the land in rural communities.WASHINGTON – The U.S.

Protect Yourself From Data Thieves

The tech world can be scary, but you can take steps to lower your risk. Start with unique passwords for every site – and never log in using Facebook or Google.NEW YORK – We all know the

A MoneyWise survey found top recognition for “closing costs” by two-thirds of respondents, but only 38% know what “mortgage rate” means.NEW YORK – Watch the jargon you

By registering, you agree to our terms of use and that real estate professionals from Dunhill 100 and lenders may call/text you about your inquiry, which may involve use of automated means and prerecorded/artificial voices. Message frequency varies. Text HELP for help or STOP to cancel. You don't need to consent as a condition of buying any property, goods or services. Messages/data rates may apply. Additional information about data use is in our privacy policy.